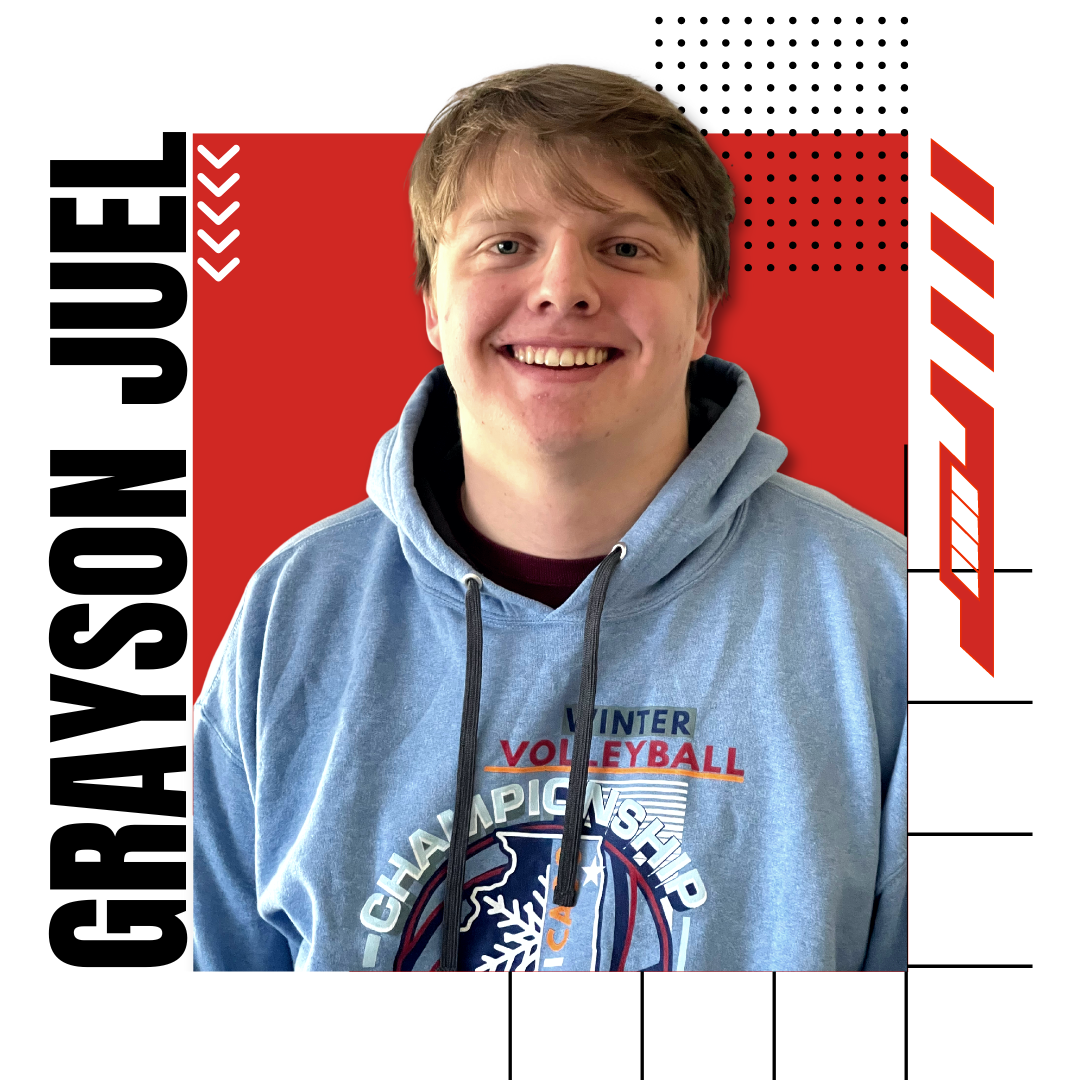 Coach Grayson Juel will start his first season coaching at Iowa Select and his first year coaching club volleyball. He graduated from North Scott High School in 2022, where he lettered in track and field and also managed the North Scott Volleyball team for three years. He earned a state title in football in 2020 and all-state honors at quarterback his senior year.

Grayson started playing volleyball in the fourth grade. He joined the Iowa Select 18 Boys team in 8th grade and played there for 2 seasons before joining Uno Volleyball Club in Joliet, Illinois. He played on the Uno Boy’s 18 elite team for three seasons, qualifying for nationals in 2020 before it was canceled, and competed at nationals in 2021. Grayson also played in the USAV High Performance Championships in 2017, 2018, and 2019. While representing Iowa HP, he won a gold medal in Tulsa, Oklahoma, in 2018. Midway through his senior season, Grayson took a step away from volleyball to focus on other things.

Grayson attends Scott Community College but plans to play volleyball again after transferring. Grayson just finished his first year coaching the Freshman at North Scott. He is excited to be coaching at Iowa Select alongside the many coaches who taught him the great sport of volleyball.