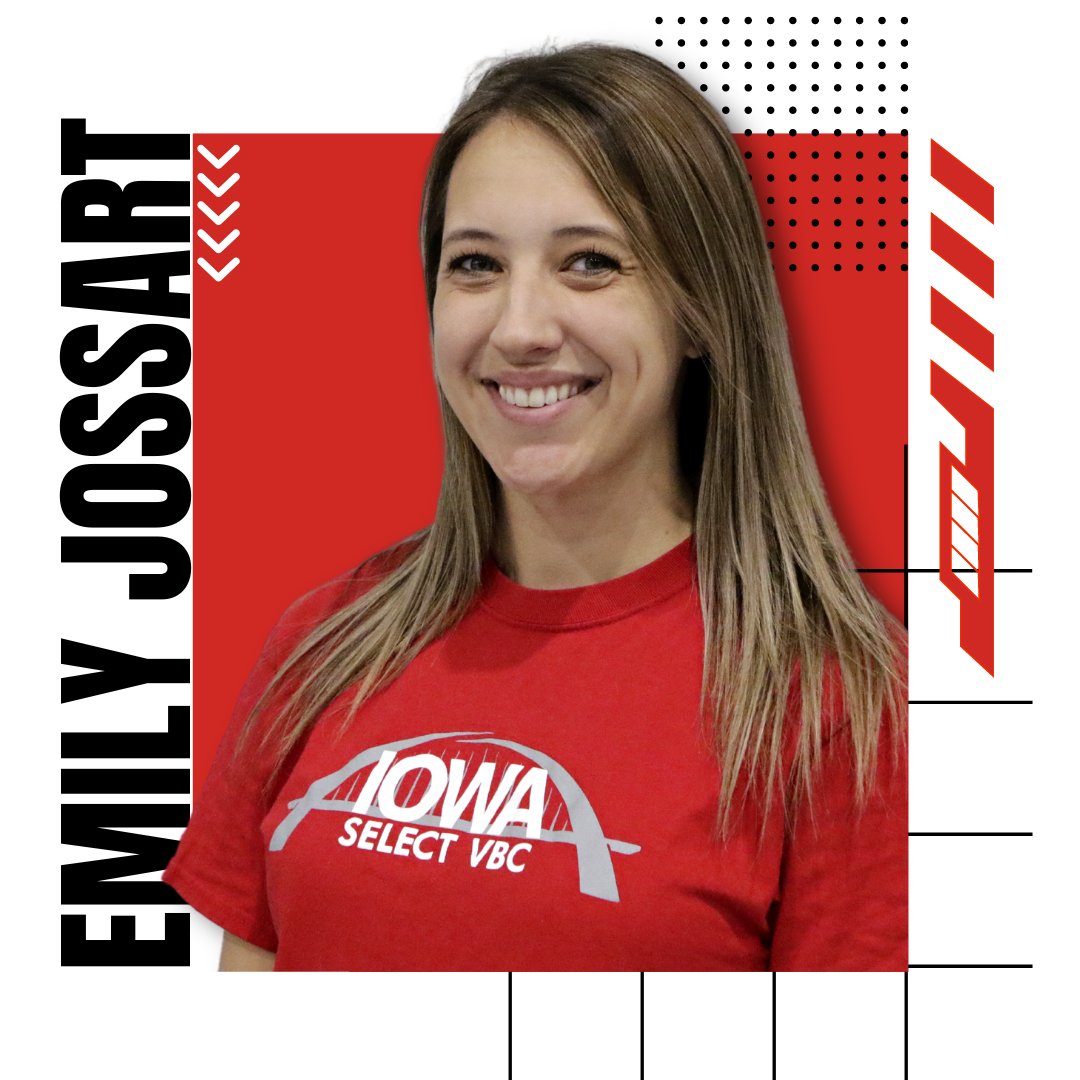 Emily Jossart grew up in Kenosha, WI, where she started playing volleyball in elementary school. Emily began her volleyball career as an outside hitter and eventually transitioned into a right side. She started playing club volleyball her freshman year of high school and continued to compete at the collegiate level at University of Wisconsin-Oshkosh, where she received her Bachelor's degree in Elementary Education.

During her undergrad, she coached 16's for WVA-Central out of Berlin, WI. Following graduation, Emily moved to Madison, WI and accepted her first teaching position as a 5th-grade teacher.

While in Madison, she became a coach for Madison Elite volleyball club as the head coach for the 17-2's team. After her first year of teaching, Emily and her now-husband moved across the country to Wichita, KS, where she pursued and obtained her Master's Degree in Curriculum and Instruction from Newman University.

In the summer of 2021, Emily moved to the Quad Cities, where she is now a 4th-grade teacher in Davenport Community School District. She continues to play volleyball recreationally whenever she can. Coach Emily is SO excited to be a part of Iowa Select and coach 14 Mizuno this season!