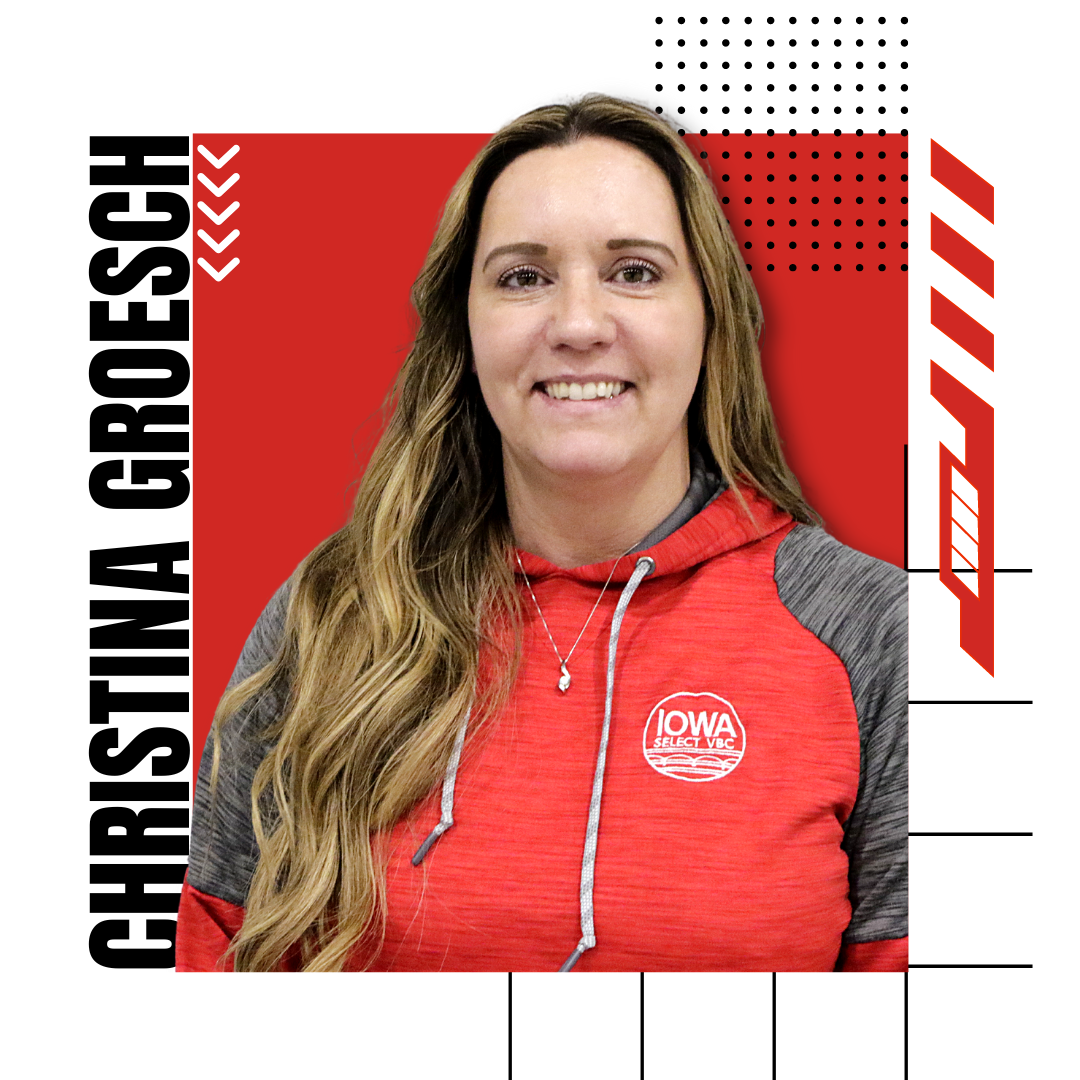 Coach Christina Groesch returns to the Iowa Select family, for her 2nd season, as the Head Coach of 17 Baden. Christina previously coached Iowa Select’s 18U Boys team before stepping away last year to focus on her son’s final club volleyball season.

Growing up in West Burlington, IA, Christina was a 17 Varsity letter winner (volleyball, basketball, track and softball). Christina earned 1st team All-state and 1st team All-conference accolades for multiple sports, multiple years while participating with her Varsity teams. She currently still owns the single game scoring record, in basketball, at West Burlington. Capping off her senior year of high school, Christina was nominated for Athlete of the Year, for the entire Southeast Iowa area.

Christina spent her college years at Iowa Wesleyan, located in Mt. Pleasant, IA. She was a 3-sport collegiate athlete (volleyball, basketball and softball). While playing volleyball at IWC, she played as a 6 rotational middle. Christina ended her career as the record holder in digs in a match, while helping the Tigers make Regional playoffs. She earned All-conference recognition throughout her volleyball tenure at Iowa Wesleyan. She also compiled 1000+ points during her basketball career at IWC. She was also a part of the IWC softball team that defeated The University of Oklahoma.

Christina graduated with her Bachelor’s in Accounting. After graduating from Iowa Wesleyan, she went back to her hometown alma mater and coached the Freshman/Sophomore volleyball team for 3 years before relocating to the Quad Cities.

Christina began coaching volleyball again 5 years ago, for Davenport West High School. She served her first 3 seasons as the Assistant Varsity Coach. This last 2 seasons, she has served as Davenport West’s Head Coach.

Outside of coaching, Christina is still an avid volleyball player, playing all formats and levels of the game (grass, sand, and indoor). Christina is the Owner/Director of QC West VBC (Davenport West’s feeder program). She is the CEO for Top Notch Property Management, serves as the Controller for Top Notch Landscaping, and is a Licensed REALTOR in Iowa and Illinois.

“Never give up! Failure and rejection are only the first step to succeeding. -Jim Valvano