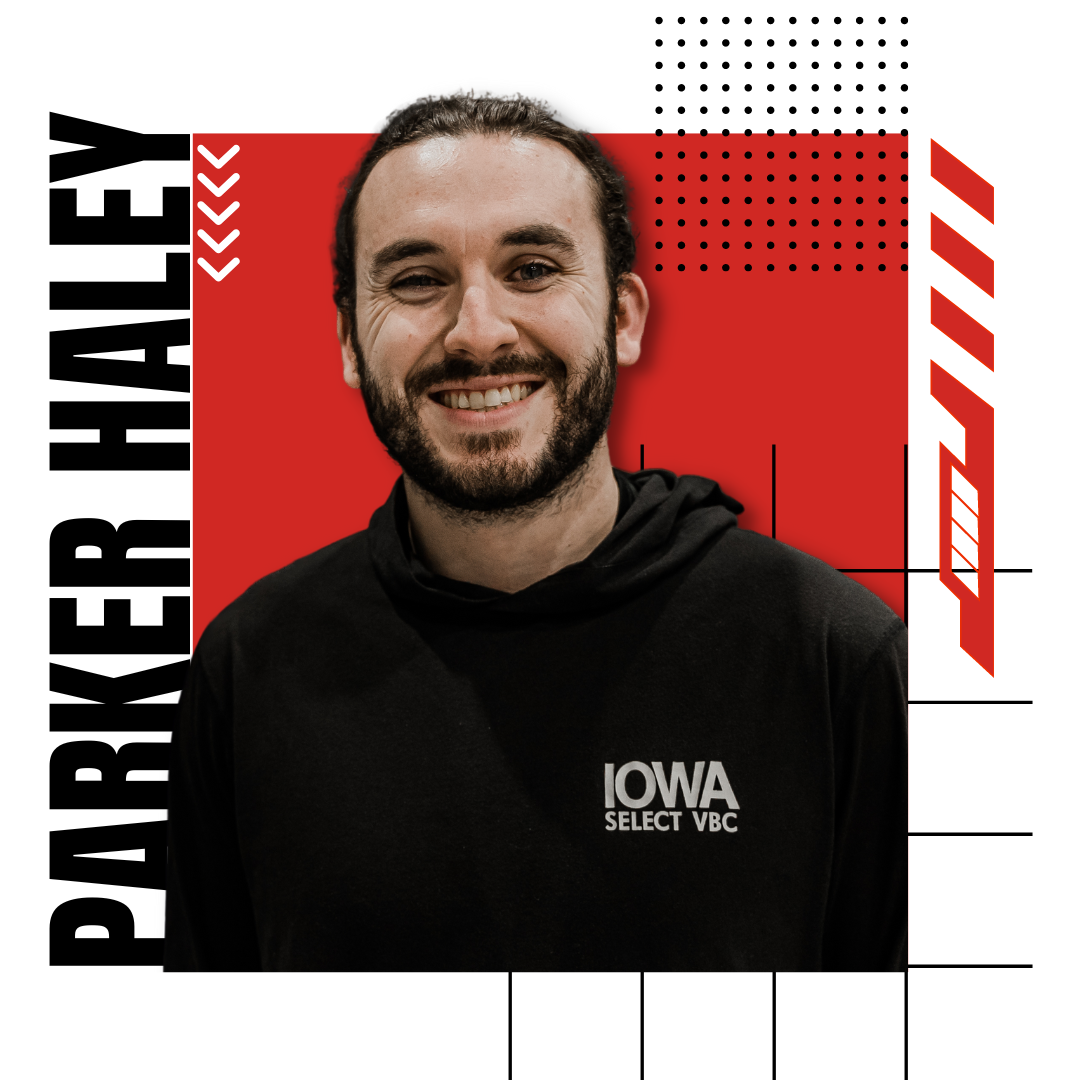 Parker has coached for 5 years with Iowa Select all spent at the 15U and 16U levels. In 2022, Coach Parker was as one of the Master Coaches.

He spent three seasons as a Varsity Assistant at Orion High School and has recently joined the coaching staff at Rock Island High School in the same role.

He played collegiately at St. Ambrose University where he was a part of a 2015 National Runner-Up team and 2016 3rd Place team as an Outside Hitter.

Prior to his time at SAU, Parker played club ball for St. Louis High Performance where his teams earned four straight bids to Junior Nationals as well as high school ball for Marquette High School. During his prep career, he was a three-year varsity starter at middle blocker, opposite and outside hitter and an all-metro selection his Senior season.

"I am excited to continue my journey as a coach with the incredible staff and players in the Iowa Select family. I'm looking forward to continue working with our players to guide them in developing their physical, mental and transformational goals.