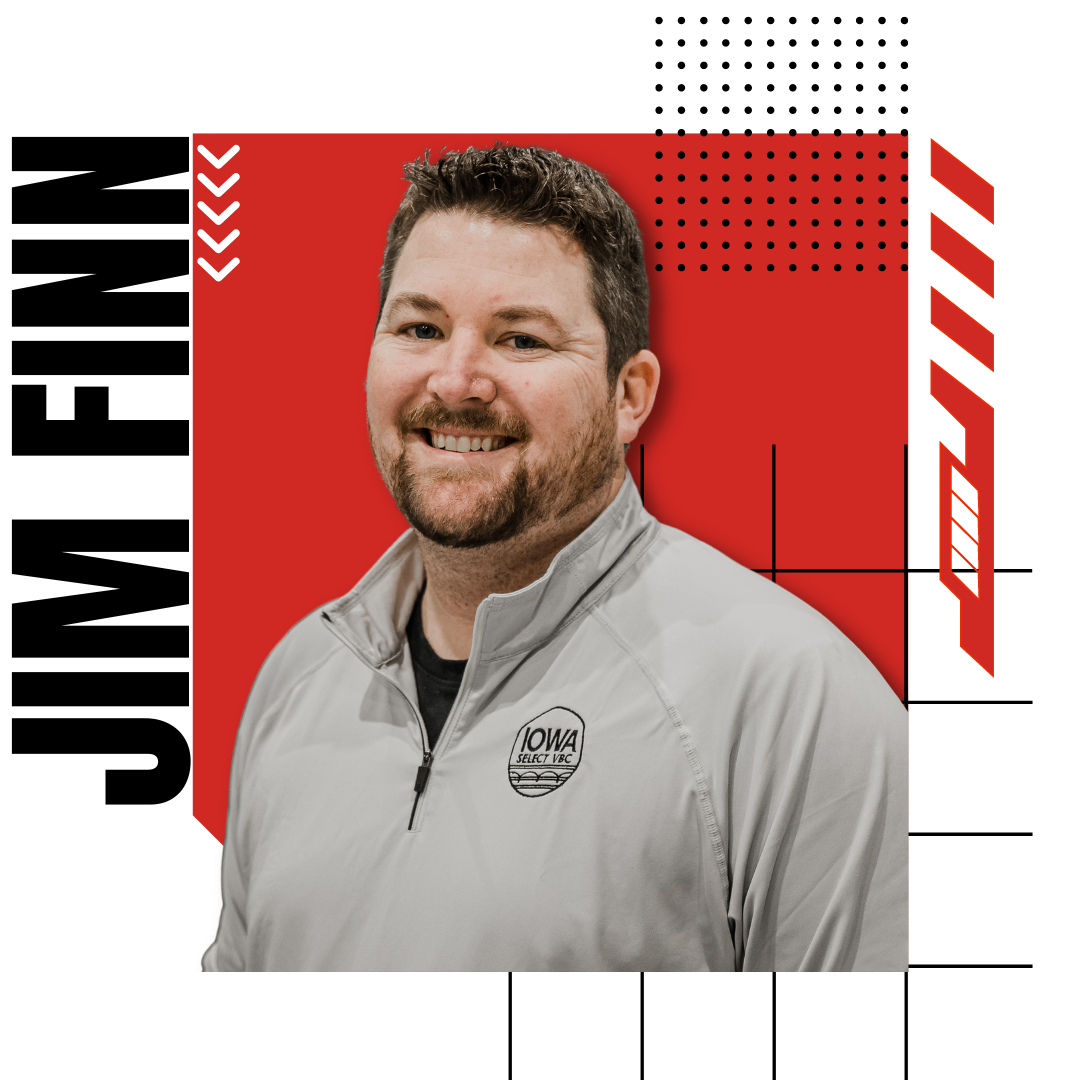 2023 marks Jim Finn's 6th season with Iowa Select. After a brief hiatus from the game, following a very successful playing and coaching career at St. Ambrose University, Finn joined Iowa Select as a Travel Coordinator for the 2018 season and added assistant coach to his duties for 2019, helping out with 18 Mizuno. After a couple years with 15 Mizuno, Finn returned to 18s in 2022 and will be the assistant coach for 18 Mizuno again this season.

Following a prep career at Lincoln-Way East High School in the south suburbs of Chicago, he joined the St. Ambrose men’s volleyball team and made an immediate impact at the Libero position. Finn finished his career ranked 2nd on the all-time career digs list at SAU and helped lead the men to the program’s first ever National Tournament invite during his senior campaign. During his time playing for the men’s team, Finn also began his coaching career at SAU as an assistant coach with the women’s team.

Upon undergraduate graduation, he remained at St. Ambrose for his Master’s degree in Business Administration and took on a more substantial role in the volleyball program. During his tenure, Finn held the titles of Men’s Assistant Coach, Men’s JV Head Coach, Women’s Associate Head Coach, Women’s Assistant Coach and Recruiting Coordinator. During the 7 years that he spent on the coaching staff with the SAU volleyball program, the Fighting Bees and Queen Bees won a combined 6 regular season conference championships, 5 conference tournament championships, and made 4 National Tournament appearances, finishing as high as National Runner-Up with the men in 2012. Finn was also the recipient of the American Volleyball Coaches Association’s (AVCA) Thirty Under 30 Award in 2010, presented to the top thirty coaches in the nation under 30 years old.

In 2022, Finn dove into the high school coaching ranks as an assistant coach at Assumption High School in Davenport and helped them bring home their first volleyball state championship in school history.

On the non-volleyball side of things, Finn works in Public Affairs for the Army Corps of Engineers located on the Rock Island Arsenal. He resides in Bettendorf with his wife, Amy and their daughter, Piper.