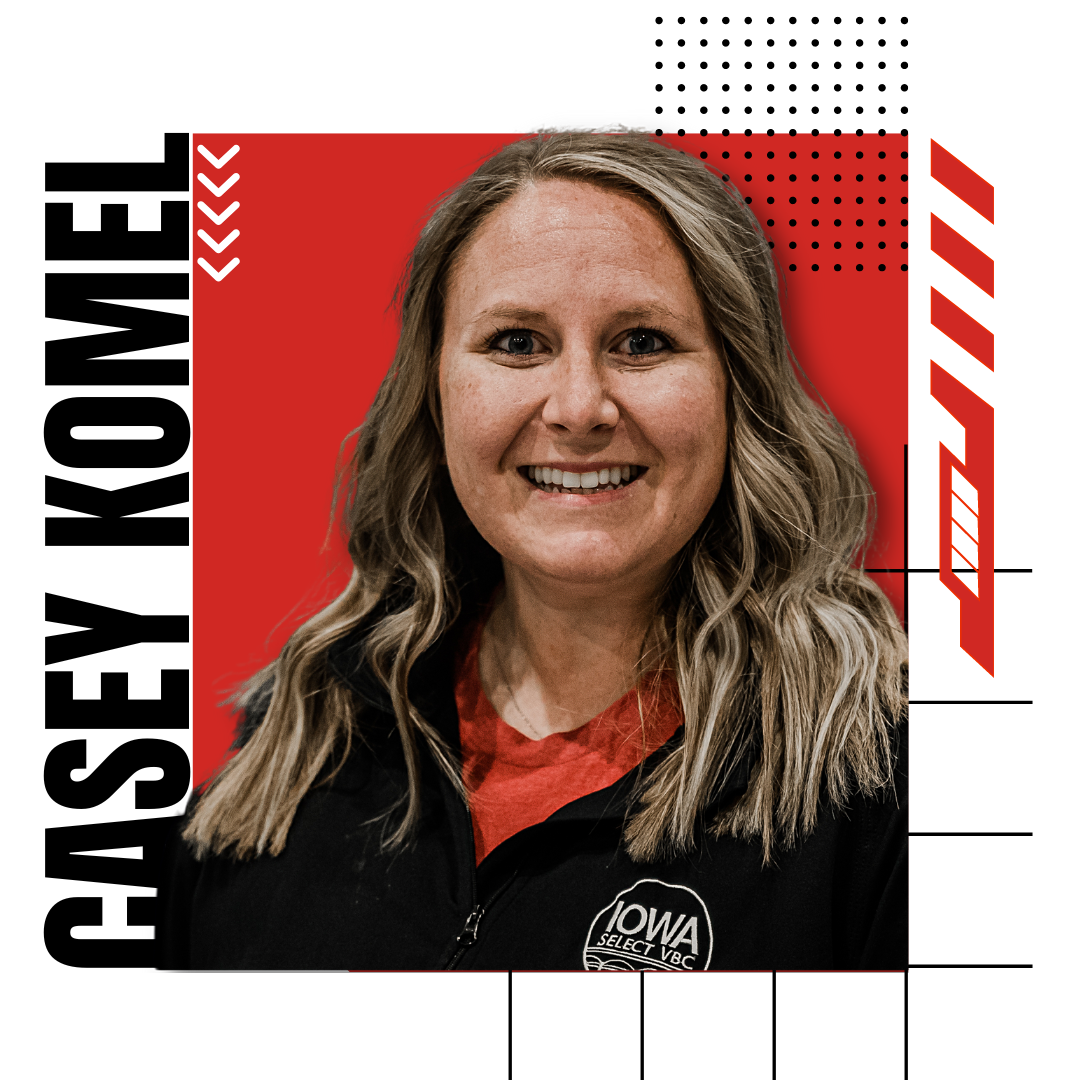 Casey Komel began coaching at Iowa Select in the 2017-2018 season and is returning this year as the 16 Mizuno assistant coach. Her history with volleyball started at school camps growing up in Elburn, IL where she coached a young Iowa Select coach, Kylie Williams. She became a 3-year starter for Kaneland High School, playing mostly middle but some outside and right side. She then played middle for Augustana College in 2009 and 2010.

During her time at Augustana, Casey coached for Quad City Elite and Moline High School (during student teaching). In 2013, Casey joined the teaching and volleyball coaching staff at Geneseo High School. She started as the assistant varsity coach, then head sophomore coach and just finished her 8th year as the head varsity coach. Some highlights from the past 8 years are a 146-108-5 record and a 2018 Regional Championship.

In her 2nd year as head coach, a Geneseo family told Casey about Iowa Select and how much they loved the atmosphere. They got her in touch with Frank and she joined the coaching staff that year. She chose to work with Iowa Select because of their values. They have a growth mindset with players and coaches. Not only do we witness so much progress in a season for the players, but she personally loves learning so much from all the other coaches in the gym.

In her free time, Casey coaches middle school basketball, loves working out, playing volleyball in a local rec league, and keeping in touch with friends. As a teacher, she also enjoys the extra time in the summer to work on house projects. She also rescued her sweet pup, Ronni, in 2019 and the two can often be found walking along the Hennepin canal on the weekends.