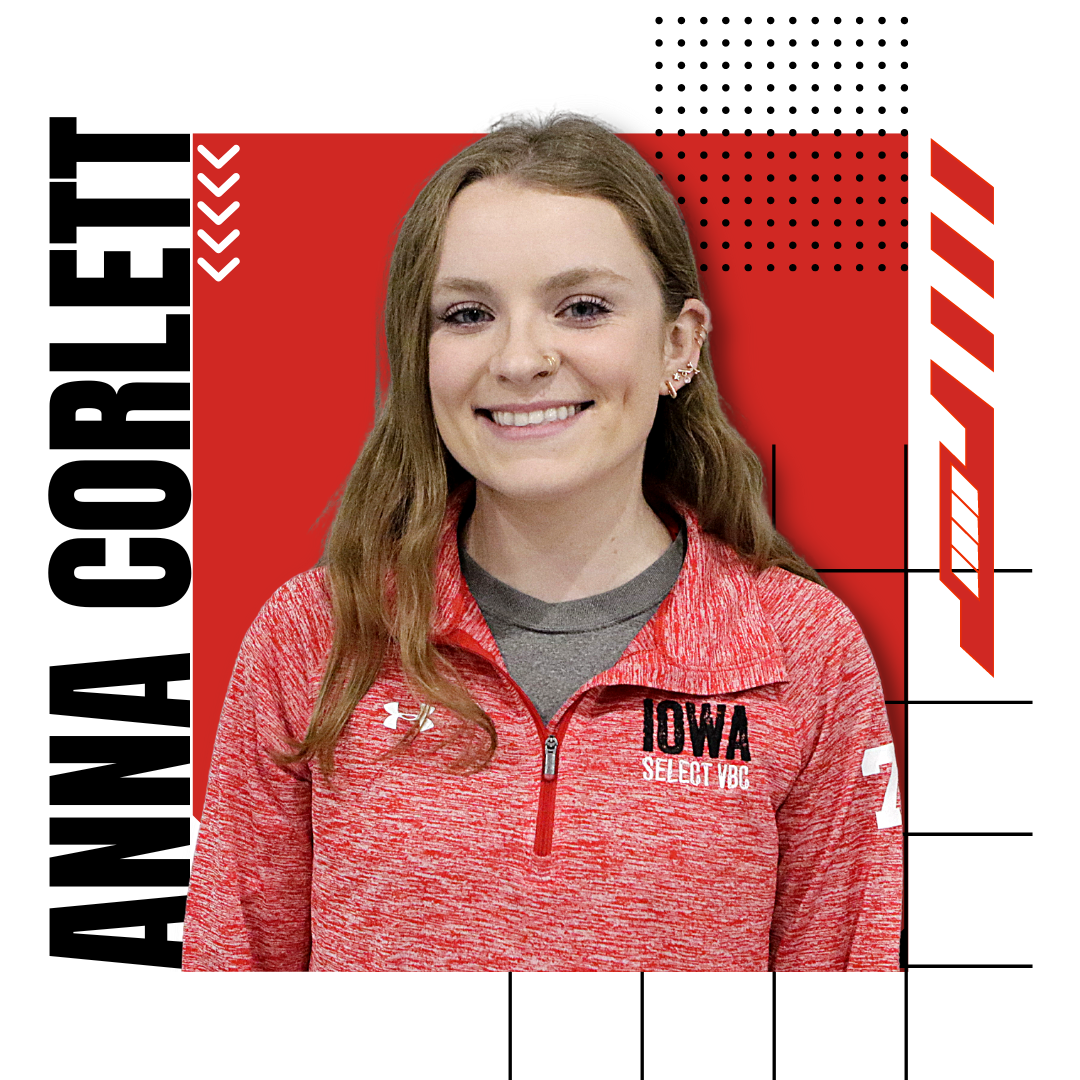 After several summers helping around the gym, Anna Corlett has taken on a new role as the 11 Mizuno head coach.

Born and raised in Davenport, Anna attended Assumption, where she played for Frank as one of his first players in Iowa. Anna bounced around from playing setter to DS/libero during high school and earned All-MAC and All-Area honors and was captain her senior year. During her high school club career, Anna joined Frank and Iowa Select during their first year as a club.

After graduating from Assumption, she decided to attend the University of Iowa to study Health & Human Physiology and put volleyball on the intramural side for 4 years, which was such a fun experience! Now, Anna works at Stride Autism as an RBT helping kids 2-6 years old with autism to improve communication, language, and behavior.

Outside of volleyball and work, Anna enjoys spending time with her family, cooking, and lifting. Anna is so excited to begin the journey of being a first-year club coach!!