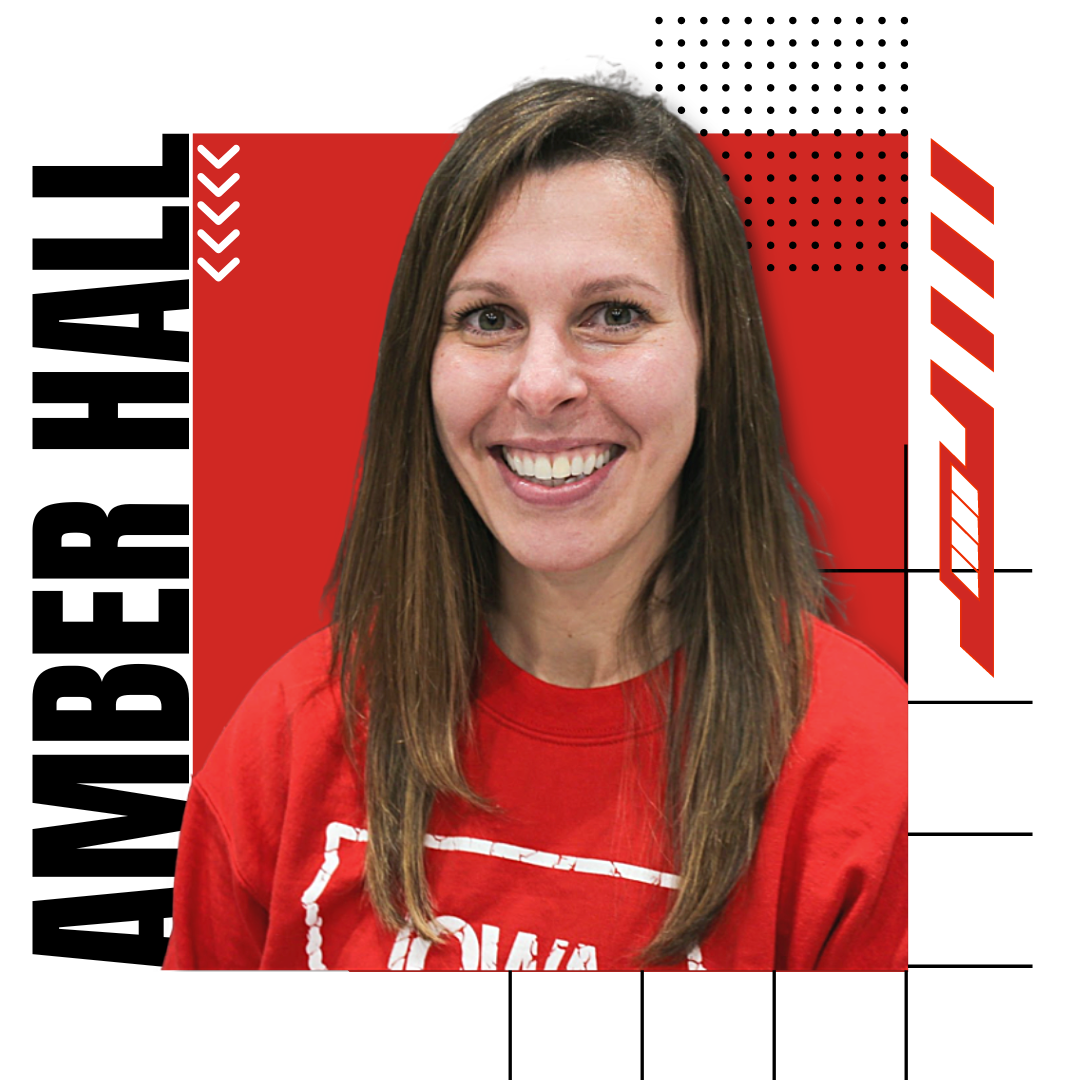 Amber Hall joined the Iowa Select family last year as a head coach of the 13 Reid team. This is not her first year coaching though! Coach Hall has been coaching High School level Volleyball for 18 years!

Coach Hall grew up in Davenport, IA and was a part of the 2000 State Runner-up team from Davenport North. She received a scholarship to play at St. Ambrose University, where she played Libero. Coach Hall graduated with a secondary education in history and math in 2005.

After an injury her Junior year, Coach Hall decided that playing was no longer for her, so she decided to give coaching Fall volleyball a try! Her Senior year Fall 2004, Coach Hall got a job as the Freshman coach at Bettendorf High School with legendary Coach Diane Lichtenberg. She learned a lot in those 4 years. She then moved over to Davenport Central and was the Sophomore coach, working with Coach Bre Sherler. When Coach Scherler stepped down to focus on her growing family, Coach Hall became the Head Varsity Coach at Davenport Central for 5 years.

A new job opportunity presented itself in 2014 at Pleasant Valley where she would teach social studies and coach the Sophomore Volleyball team. Currently, Coach Hall teaches Social Studies at both PVJH and PVHS and just finished her 6th season as Head Varsity Coach, where she has taken her team to three state tournament appearances (2019, 2020 & 2021) with the most recent Class 5A State Championship in 2021! Coach Hall has a Career Varsity coaching record of 204-127.

Outside of coaching, Family keeps her very happy and very busy. Coach Hall and her husband Chris have been married 14 years and are working hard raising their children: Grace (12) & Gavin (10).